This week's post will be dedicated to bidding farewell to Belize and some of the people with whom Kevin worked there. 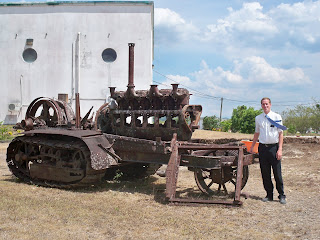 This picture is of an old tank in Belmopan. I was about to do some research on Belmopan and the significance of this old machine. However, I thought better of it as I'm sure my many readers would say, "No tanks." 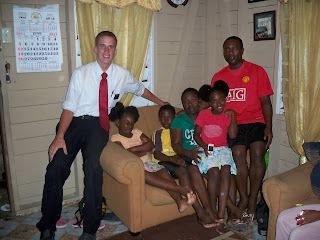 This picture is of the Woods family in Belize City. Evidently, they fed Kevin and his companion most Sunday afternoons. We are grateful for their kindness. This is a family reunion picture of sorts. Kevin and Sister Sandberg have the same grandfather, with a different number of "great" before the grandfather (Henry Lunt). She has sent nice reports about Kevin's missionary work and piano playing to other family members some of which were forwarded to us. 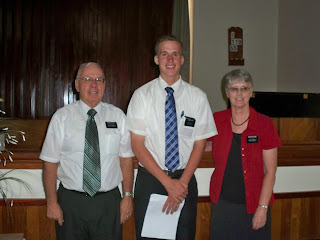 These are the Pattees. He is the brave, patient man who taught Kevin how to drive the van with the stick shift. 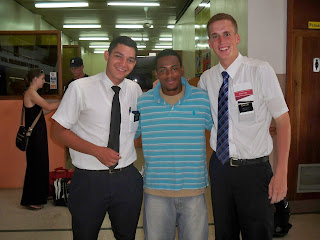 This is Jamel. He was baptized the Saturday before Kevin left Belize. He lives close to the airport and decided to come say goodbye to Kevin. 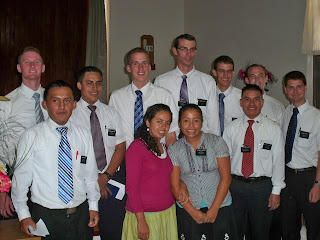 As noted previously, the current president who will finish his mission June 30, didn't want the new president to have to deal with transfers to Belize for a while. Therefore, he transferred the group that will go home with Kevin and the next group back to El Salvador. Here they are. 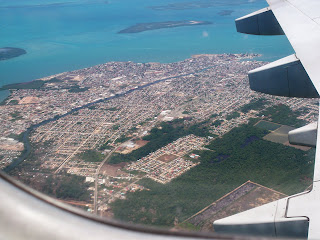 Join me in saying goodbye to Belize City and Belize. I have enjoyed getting to know the city, country and people through Kevin's camera and comments. (Wikipedia was helpful, too.)

There are certain challenges to being transferred back to an area in which you served a year ago. Here is a comment from Kevin.

"I am going to work hard until the end and not be trunky as they say. It has been ruff though because all the members know I was here a year ago and keep saying "you must be ending your mission" and things like that but you got to shake it off, haha.

Here is his testimony.

"I know that God lives and that Jesus Christ is our Savior. I know that the Book of Mormon is the word of God and that Joseph Smith was a prophet called of God. I know that this is the Lord's work and that these truly are the best two years."
Posted by Ned at 3:39 PM