We have been gone for a week and a half so this is a catch-up post.

We will start with the highlight of the previous week - the baptism of Wito (Edwin Orantes). He asked Kevin to baptize him since he is coming home soon. 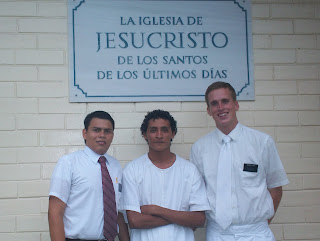 Here is a quote from Kevin's letter about Wito. "He is truly an elect. Before he even got baptized he went with us to visit a friend of his and he challenged him to baptism and told him to read the pamphlet because he was going to ask him questions about what he read."

They had their last zone conference with President and Sister Lopez. After exchanging hugs, they took pictures. Not surprisingly, many tears were shed as they said goodbye. 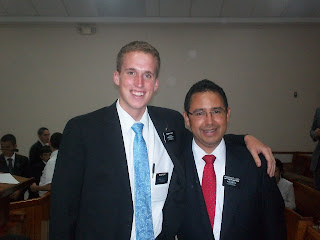 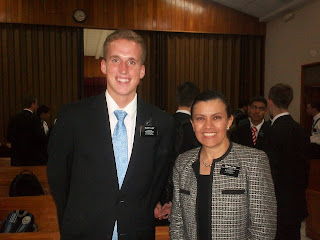 Kevin and three other missionaries formed a quartet and sang for the conference. He said it went well. Other news from the conference was that President Lopez was given a decorated machete. (Evidently, Kevin and a former missionary were behind buying it, decorating it and getting other missionaries to sign it.) In their mission, they said he was lowering the machete when he chastised someone. I guess it was all done and received in good humor and the president acknowledged Kevin as its source.

Finally, we have a picture of Kevin and his companion at the Tazumal ruins. They had a zone activity there over a week ago. 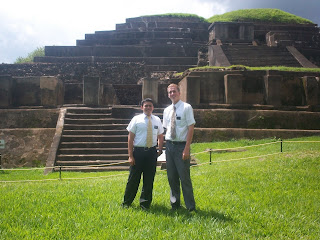 He has been there twice so there isn't much new to report.
Posted by Ned at 3:23 PM